The quality system is the whole of the organisational structures, procedures and resources aimed first at defining and then at achieving the corporate objectives. ISO certification is issued by the lnternational Standard Organization, the international organisation of control having offices in Geneva which was established in 1947 for the international co-ordination and unification of industrial standards.

Currently constituted by the standard-regulating bodies of over 150 countries having different levels of technical and economic development, the ISO issues certificates which represent a fundamental point for corporate growth and Franzosini achieved such recognition both for quality and the environment in Switzerland and In Italy. ISO 9002 certification, obtained by the Swiss Headquarter in 1999, has been adapted to the current Quality Management System of Standard ISO 9001:2008. The company services are assessed according to strictly indicator objectives such as the number of newly acquired clients, the number of shipments carried out, the number of complaints received, customer satisfaction rates and other standard performance indexes. Franzosini is committed to pursuing a quality policy having client satisfaction as its priority aim. The client thereby assumes a role that is central to the company’s success, becoming a protagonist in all the processes of realisation of customer satisfaction. 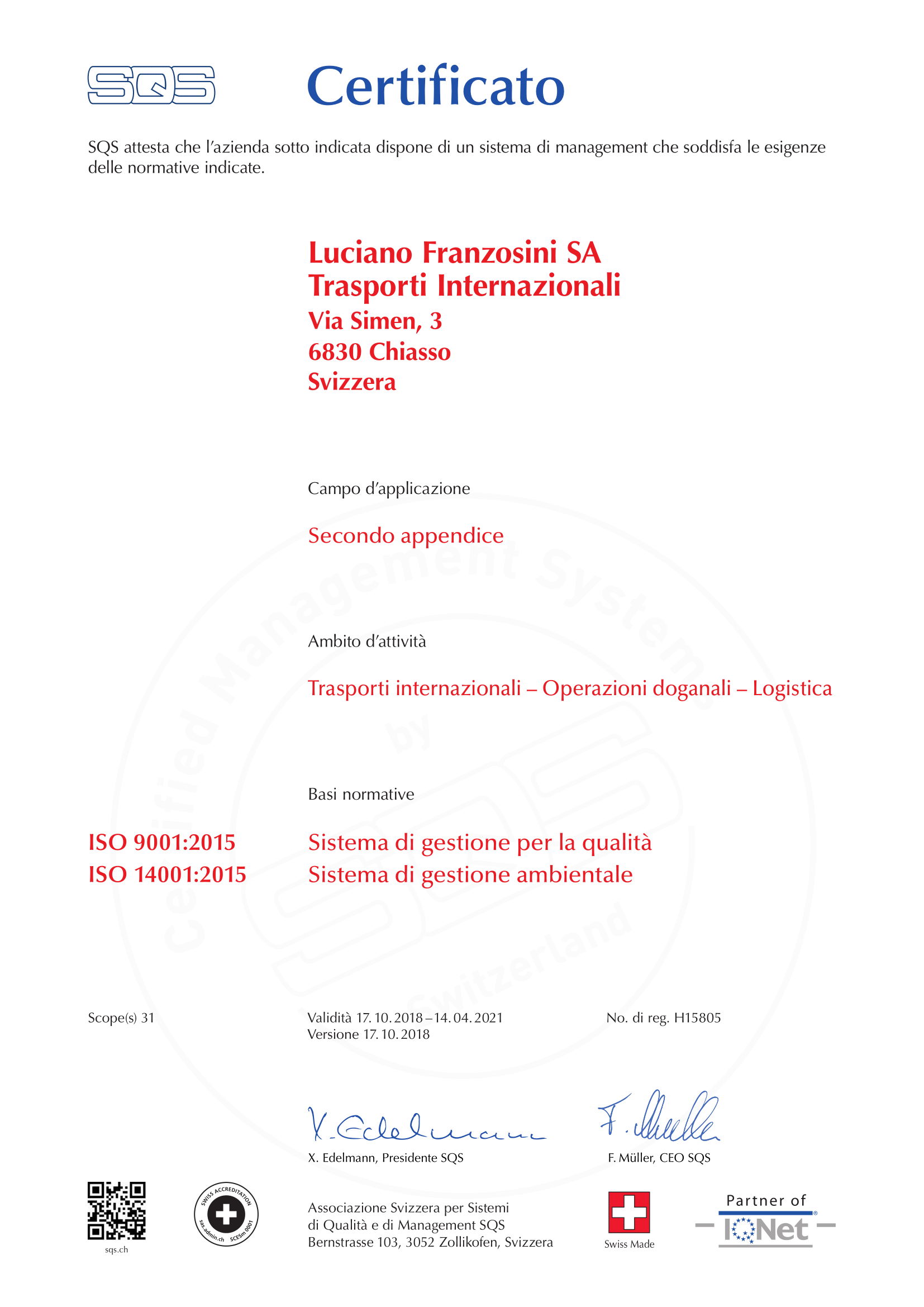 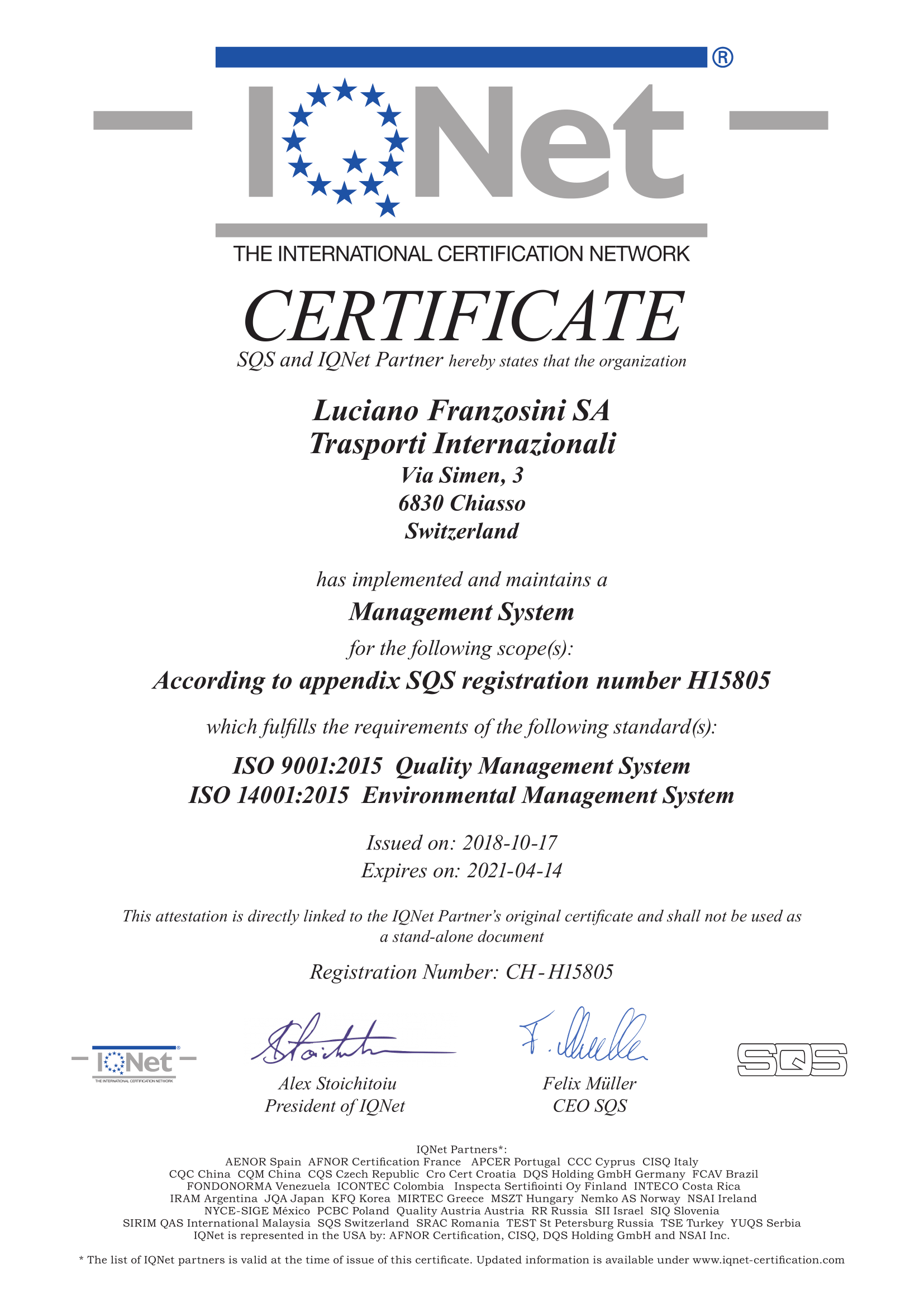